The demo covers a small automation achieved by a Cosino board equipped with a SoftPLC runtime system.

Once activated, the SoftPLC communicates with a couple of Z-Wave devices available on the market and with a IOs module which is connected with a RS485 serial communication interface with the MODBUS-RTU protocol. 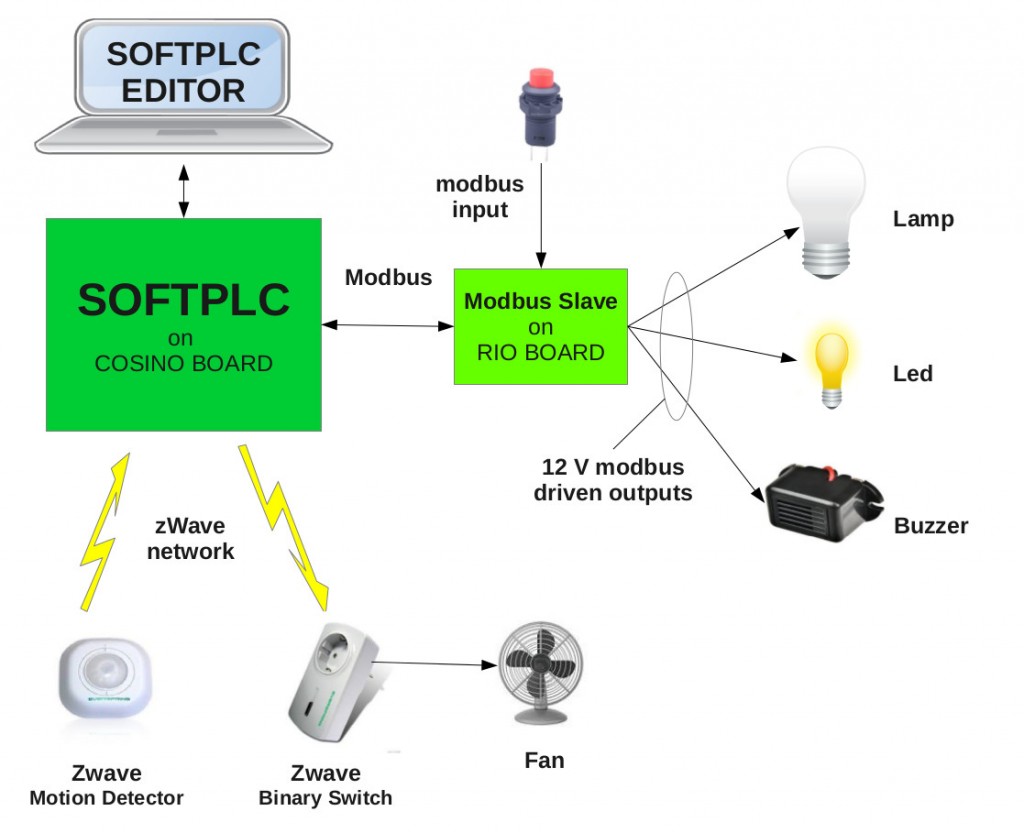 The SoftPLC programming system consists of a SW tool for your PC that allows you to edit a diagram in the IEC61131-3 FDB language, compile it the program and download it to Cosino.

The program runs every 2 seconds the following sequence:

Any other protocol can be easily added in the future to the SoftPLC system in order to interface different sensors and actuators.

Engineer, IT specialist and GNU/Linux expert. He currently offers support for:

During his fifteen-year+ experience he worked with x86, ARM, MIPS & PowerPC based platform.

Simple IoT over 6LoWPAN application with Cosino Mega2560 and R21-xpro

The Cosino’s game machine with MAME

Simple IoT over 6LoWPAN application with Cosino Mega2560 and R21-xpro

The Cosino’s game machine with MAME

The Cosino Project is powered by HCE Engineering.

This work is licensed under a Creative Commons Attribution-ShareAlike 3.0 Unported License.

By continuing to use the site, you agree to the use of cookies. more information